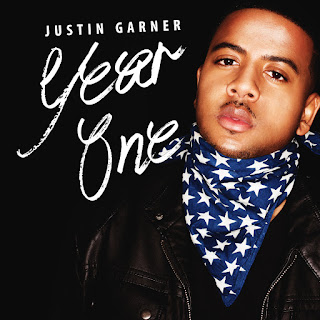 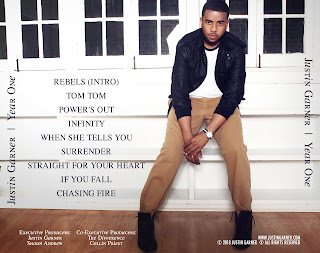 We at BVM got to hear the new Project from Justin Garner Early and we are thoroughly impressed with his growth as an artist. "Year One" has a more mature approach of song selection and shows the maturity of JG's voice since his previous music offerings 'take it from here" & "One Love". Would Pick a favorite but right now I like every track I am listening to right now.

1. Rebel - Lives up to the name by pretty much letting you know he is his own person and he is offering the you a passenger seat to enjoy the ride.

2. Tom Tom - Nice dancehall/pop blend where he tells the young lady they have all night to bang on that Tom Tom..Told ya he has matured lol

3. Powers Out - Nice Up tempo where he conveys the message that as long as he has his boo it doesn't matter if the power goes out.

4. Infinity - Dance Club smash track in the making..Just hit play and try not to nod or tap to the beat..

5. When She Tells You - A nice Ballad where he warns you that when a girl tells you she loves you to believe her or risk losing her.

6. Surrender - The track that leaked Here Where he sings how as a bachelor he has finally met the one that makes him want to turn his single card in..

7. Straight For Your Heart - Self explanatory track where he belts out how he is gunning straight for her heart.

8. If You Fall - He Belts out how he wants to take that big step and how he will always be there to catch her if she falls..This track will speak loudly to new couples who are experiencing young love

9: Chasing Fire- I know I said earlier I couldn't pick a favorite but this song is my Stand out Pick..Anybody who has ever tried to make something work even through the pain will relate to this song instantly.


Enough of what we think.. Get Your Copy Now and let us know what you think....