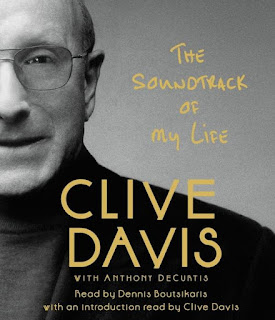 Music Executive Clive Davis has decided to let the world know a little bit more about himself in "The Soundtrack Of My Life" Not that its our business but Clive admits to dating a man after his marriage to his wife ended. Here is what he had to say:

"After my second marriage failed, I met a man who was also grounded in music," he wrote. " Having only had loving relationship
s and sexual intimacy with women, I opened myself up to the possibility that I could have that with a male, and found that I could."

Since his marriage ended in 1985 Clive has had two relationship one for14 years and one for 7 years that he is currently in now. He also speaks on how he has mended the bridge with one of his sons who didn't agree with his lifestyle choice at first.

Does this mean he is done with women all together??? Nope Clive says he is in fact still attracted to females and that its more about the person then there gender.

We at BVM won't judge his personal life because honestly its not our business as long as his "Golden Ear" still works that's all that really matters to us.