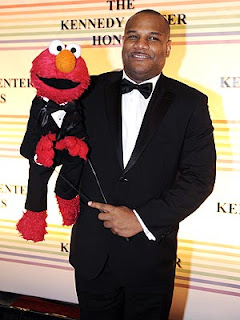 Recently we all heard that the man behind Elmo's voice was accused of having sex with a minor. After  hearing about the story we at BVM thought it sounded fishy.  First thing why did the accuser wait 7 years to say something to Kevin's bosses instead of the police? We had alot of questions but none of them matter now since the accuser has now recanted his claim against Kevin Clash...(We wonder why) It might of been those investigators that sesame street sent out on him..we may never know.

the statement from Andreozzi & Associates says.

"He will have no further comment on the matter."

By Bam1987tv January 01, 2019
We at BVM are starting the year off with new music & visuals from the big homie Cool Blaze. Cool Blaze has become known for his remixes blending Caribbean Music with Electronic music over the past years. Blaze now steps into the producer role head on releasing his debut single with On Lock Records x Happy Parrot Records "New Wave" teaming up with GBMNutron and Skorch Bun It. New Wave is a blend of authentic caribbean sounds mixed with electric production to create a blend known as Caribbean Dance Music(CDM) and is sure to be a summer party anthem. BVM has been following Blaze for about 9 years ( First post ) now and his work ethic/hustle is definitely unmatched. An as far as the social media game is concerned we'll just let is over 11k follower count speak for itself. We wish the big homie nothing but success in this new year and now lets get to the music shall we lol DOWNLOAD NEW WAVE: http://smarturl.it/newwave2018 FOLLOW COOLBLAZE:  WEBSI
Post a Comment
Read more

By Bam1987tv January 13, 2018
New Cover from Travis Garland and again he doesn't disappoint. This time he delivers his version of the weekend by SZA. check it out below and let us know what you think.
Post a Comment
Read more