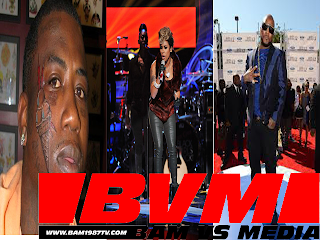 So everybody has been wondering what is going on between Keyshia Cole and Gucci Mane? Word on the street is Gucci is still mad at jeezy and used her to get back at him.

Check out What Gucci had to say:

I did a song with Keyshia Cole and I know you still miss her/ But Puff was f***ing her while you was falling in love with her,


We at BVM think this is a sucka move to involve a female cause you mad at a dude. But Keyshia has spoke in or should would say tweeted about it. Here is what she has to say about it.


That ain't my business!! he's lying! its all G tho. RT @imbrittanyduh: Gucci Mane wrong for putting @keyshiacole buisness out there.
— Keyshia Cole Gibson (@KeyshiaCole) October 14, 2012

Putting all ya trust in some of these "Hood Rappers".. How u gone be a G, and u spreading lies, To sell mix tapes! Where ya talent at??
— Keyshia Cole Gibson (@KeyshiaCole) October 14, 2012

I will continue 2 build what I'm working so hard accomplish! I'm married with a child, and don't have no place in that none sense!
— Keyshia Cole Gibson (@KeyshiaCole) October 14, 2012


Here is the kicker Gucci is doing all this for backers for his new mixtape.. He claims to need $20000 and only has $320....Guess nobody wants a new gucci Mixtape lmao

So you dont think we are blowing Hot Air 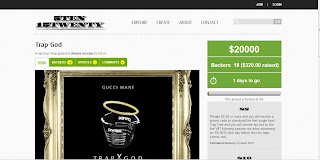