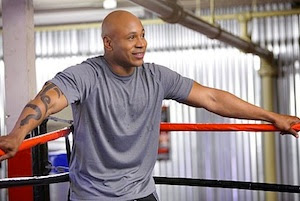 Word on the web is that LL put all his SWAT and NCIS training to work on a unsuspecting robber. They said he beat the guy up and then detained him until the cops got there. Here is what reports are saying now:

Law enforcement sources told the gossip site TMZ that the 42-year-old rapper turned TV military cop was woken by a noise at about 2 a.m. and found the intruder downstairs. LL, aka James Todd Smith, confronted the would-be burglar, left him with a few bruises as a memento and detained him for the police. The suspect will be charged with burglary, cops said.

We here at BVM are glad that LL and his fam are safe but we just have to know if he said "Momma Said Knock You Out" before he hit dude Source: