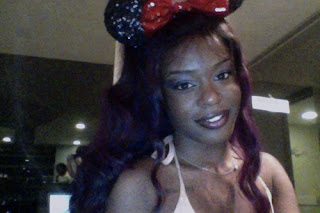 I really don't get why people keep messing with this girl or why she even responds to them. This twitter beef segment started over the word vamp...yes I said VAMP. I guess jim jones thinks he owns the word even though it has been around forever but Um he chose to approach azealia about it on twitter (smh) this is how it went down.. check the tweets below


Then it went here


And then Jim Jones jumped out the window

lol jim jones said i need to get my shoes and bags together... what kind of straight man worries about a woman's shoes and bags??? wtf??
— ♥ YUNG RAPUNXEL ♥ (@AZEALIABANKS) August 6, 2012


Funny thing is she was about to cover a jim jones song.. Oh well on that one

Who Rocked it better? lmfao