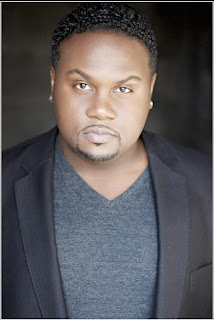 Told y'all it has been a good week for Bam vs Media. Here is an interview that was with Actor, Artist, Dancer, and a all around positive person by the name of Tristan D. Lalla. Below are the questions from our interview where I can say he was very open with his answers. Many of you may know him as Manny from the movie "How She Moves" but many of you may not know he was the voice in plenty of the video games that we play today.The first answer pulled me in with me being a person who had/has  speech impediment (Stutter) and how he didn't let it defeat him.  Lets Get into the Interview


BVM: WHAT MADE YOU WANT TO BE A ACTOR?

TDLalla: When I was a child I had a pretty severe speech impediment, & I couldn't really speak "normally" until I was around 7 or 8 years old. As time went on, I learned to break through the barrier that was holding me back from tapping into my potential. With diligence & lots of support & tough love from my family, I overcame that obstacle. In my teens I was involved with all different types of performance (dancing, painting, drawing, etc..) but it's when I got into public speaking that I realized how I could combine my love of the arts & my new found ability to (truly) use my voice. It should be said also that I come from a very unique family. There have always been a mix of musicians, artists, & out-spoken people of various disciplines in my family. My Grandfather was Rudolph Charles. Google him.


BVM: WHO DO YOU ENJOY WORKING WITH THE MOST?

TDLalla: Artists who are open & ready. Who are in the moment. Who see the bigger picture, as well as the small details. Creators. Those who have drive & ambition, and put things into action. Who take their work very seriously, but don't take themselves too seriously.


BVM: HOW MUCH DO YOU DRAW ON YOUR OWN EXPERIENCE WHEN YOU ACT?

TDLalla: It is impossible to 'act outside of your self'. Meaning, any character that I play, there will always be some of Me in there. Depending on what the specific role calls for (in terms of emotion, physical appearance, etc...) things can vary, but in the end my personal experiences as a person are what spark choices I make as an actor.


BVM:  IF YOU COULD STAR IN A RE-MAKE OF A CLASSIC FILM, WHO WOULD YOU

TDLalla: Not a huge fan of re-makes, but they decided to have me star in some new "House Party" movies (Kid & Play), I'd be all over that.


BVM: HOW DO YOU FEEL ABOUT NUDE SCENES?

TDLalla: I enjoy watching them. >_<


BVM:  DO YOU THINK THERE'S TOO MUCH VIOLENCE IN TV AND MOVIES?

TDLalla: Yes. Especially towards young women. Any given night you can tun on the TV and see several police/hospital shows showing the corpse of some young girl who went to a random party, got drugged & violated... And these shows do this All The Time. As if it's normal. Our society definitely has a craving for violence & gore, (and in some TV shows/movies it's called for, don't get me wrong) but I think we can be more original than consistently showing people subliminally how to be a victim.


BVM: WHAT WORK ARE YOU MOST PROUD OF?

TDLalla: I recently co-starred in "RACE" by David Mamet. Without a doubt it was the most challenging project to date. Huge success, huge learning experience. Look up the play. Everyone should read/see it at some point.


BVM: WAS IT HARD LEARNING THE ROUTINES IN "HOW SHE MOVES"?

TDLalla: It was hard, yeah, but it was more fun than anything. Our Choreographer was Hi-Hat (Missy Elliott, Mary J. Blige, Justin Beiber), & her assitants were Dante Corde, & Troy Kirby. All world renown choreographers who have been working with some of the top entertainers in the game for a long, long time. I had a dance background previous to shooting "How She Move" so I was able to keep up with the Real dancers pretty well. We rehearsed for a month, 6 days a week, 10 hours a day. Oh, & I broke my right thumb the first hour of the very first rehearsal trying to do a flip, so the entire time I had a cast on my right hand, while stepping/dancing. Yeah. Insane.


BVM: IS THERE ANYTHING YOU'D DONE THAT YOU'D LIKE TO BURN ALL THE COPIES


BVM:  WHEN A SCENE CALLS FOR YOU TO DISPLAY HATRED, WHAT DO YOU THINK

TDLalla: Hatred comes from a place of wanting to protect your vulnerability. Putting a shield over your heart. So depending on that specific role, I put my self in the circumstances that would make my character feel that he needed to put up that shield & defend himself.


BVM: WHAT WAS YOUR MOST CHALLENGING ROLE?

TDLalla: Either Othello (in Othello), Henry Brown, attorney at law (in "Race"), or Big Man Manny ("How She Move")


BVM: HOW DID YOU GET INTO DOING VOICES FOR VIDEO GAMES?

TDLalla: Like every gig, by auditioning. I've been really lucky to have been able to work on so many wicked video games (Prince Of Persia, Fary Cry 2, Deus Ex Human Revolution, T.E.R.A. The Exiled Realm of Arborea, From Dust... and I'm currently working with Ubisoft once again on the latest Assassin's Creed video game which comes out in October 2012).

the world premiere of "The Mahalia Jackson Musical" at the Segal Centre for the Performing Arts,