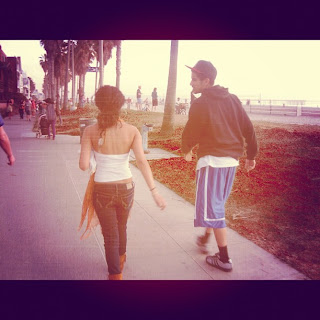 This song was written for Jhene's brother Miyagi who has recently lost his fight with cancer at the age of 26. This is what she had to say about the song:

I wrote and recorded this myself on my lap top, for my brother…. Miyagi . this song was really just intended for him to hear….. but i thought it would be nice to share ….
i was so nervous to play it for him myself, so when i left to San Francisco on Thursday I had my TT play it for him….
She said his breath got calm as he listened and i know he heard every word ….
later that night he became the angel he was born to be and i am so grateful that he got to hear this before he left on his infinite journey….
now i hear him telling ME , what i was singing to him… to not give up .


This song is amazing. We at Bam vs Media would like to send our prayers to the family during this time.