By Bam1987tv June 03, 2012
So I'm not sure if you have heard but Lil wayne pulled the plug on young money performing at summer jam. Why do you ask? Because somebody had the balls to voice what many was/and are thinking. Here is what was said

"where is all my real Hip-Hop fans, not that starships... (Peter Rosenberg)"

That sparked issues and forced wayne to do this: 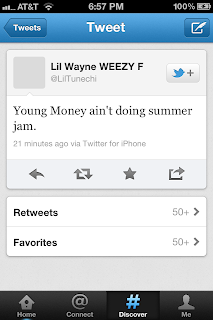 Of course this sent #TeamMinaj into a frenzy because Nicki would not be hitting the stage. So as all stans do they started popping up in her mentions asking her why she wasn't there.. This is a series of her  tweets 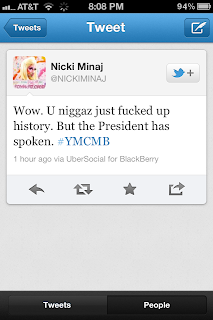 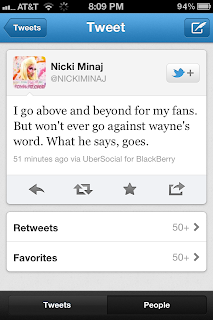 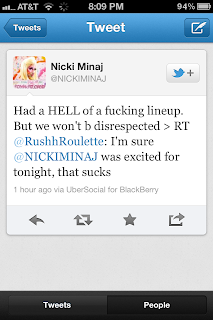 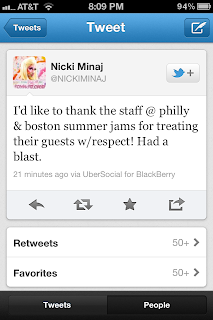 I feel is though she should of performed if this performance was as big as she was hyping up to be it would of made dude look stupid for calling her wack. Now that is just my opinion though. But for real for real Starships aint a hip hop record so I don't even see what all the fuss is about honestly but hey to each its own.. But while this was all going on nobody must of told tyga because he hit the stage and performed while this was going on via twitter so we can guarantee he got that phone call when he got off stage lol. But what do you think? are you mad she pulled out or do you think it was justified because the dj disrespected her??