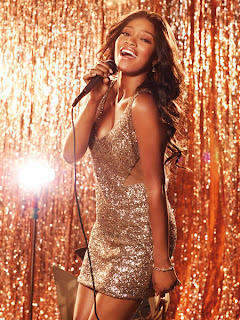 Keke Palmer is going for the gold right now. She first showcased the more mature Singer keke in the movie Rags (A good movie to checkout) and now with this track featuring Kevin Mccall called "You Got Me" It gives me a brandy and kanye talk about our love vibe that i think is dope. Also word on the street is she has shot a video for it also..We will update when the video drops

By Bam1987tv February 19, 2010
A pic from the video Now here is the Actual Video
Find more videos like this on Bam vs Media

Timbaland gives up on Hip Hop

By Bam1987tv December 13, 2009
Super producer Timbaland has turned his back on hip-hop for good - insisting the genre is "just not the same" as when he started out.

The Grammy-winning beatmaker began his career working for hip-hop superstars Ginuwine and Missy Elliott, but has moved away from his roots to focus on more pop-sounding tracks.

And after working with Justin Timberlake, Nelly Furtado and the Pussycat Dolls, the star believes he's found his niche - insisting there are only a few of his hip-hop contemporaries who are still relevant.

By Bam1987tv November 03, 2010
Ok so recently Charlie Wilson was asked to name his favorite young R&B Singers. He couldn't name all of them but he did name drop Trey and jaheim. Here is what was said:

Wilson told SOHH. "As far as the artists that are coming that I see, it's some really nice singers. I'll tell you what, gospel singers really got a lot going on. There's a lot of them. The R&B vibe, it's coming back to where the singers are young and learning how to do their thing. I like Trey Songz, I like Jaheim, it's a lot of them out there.I could start dropping names and others could say I left their name out because there's certainly a lot of good ones out there from Chrisette Michelle and of course Fantasia. There's so many out there that can really sing. I'm not really worried about the future because it's slowly going back to where it should be. Willow Smith, oh my God. That's another one. People better watch out for her, she is incredible. Absol…
Post a Comment
Read more