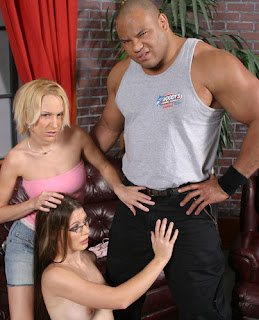 If you are wondering why you see #Sledgehammer on your timeline it is to show respect to Marland Anderson. We have just received news that  Sledgehammer has passed away yesterday after being in a coma. The back story on this is that the media is spinning is his girlfriend called the cops because he was trying to commit suicide on sunday   and that she got the knife away from him. After subduing him he was cuffed to a gurney and he broke loose and they shot him with a taser to restrain him...Sounds funny to me

Did a little digging and  the suicide attempt is true but the rest is flaky. From what I discovered is Sledge had been suffering from depression lately and indeed tried to harm himself that night. Alexa Cruz (girlfriend) said that sledge had a anxiety attack in the ambulance and wanted out so they released him and called the cops to the residence. When the cops arrived they shot him with tasers until he went into cardiac arrest says Stoney Curtis (Sledghammers director)

He was in a coma until thursday when his parents decided to pull the plug after finding out there was a high chance he would never wake up or that he would lose his cognitive functions
A full scale investigation will be started to get to the truth of what happened that night and we will update this post as we gain information.