Bruno Mars Comes Out of the Closet?? 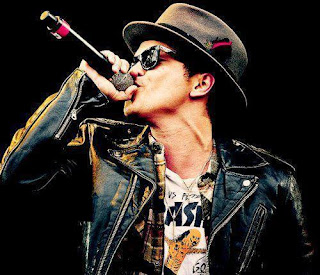 So word on the street is Bruno has came out of the closet during a interview in chi town. Here are his words:

"I will not go to great lengths to spread this news. The timing is bad, I hadn't realized it was April Fool's Day but it's been pointed out to me and I don't want to go too public with this. I don't want it to be disregarded as a joke. My sexuality is no joke to me and it's come out a little faster than I'd hoped."


Rumor has it that he was going to publicly let his fans know during a televised interview but I guess they beat it to the punch. More info coming as soon as i get it to backup this story it bust it. But If its true does anybody really care? He makes good music and that's all that should be judged in my opinion. What do you think?