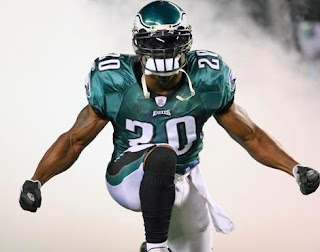 So it has come full circle as we all hoped it would. After signing a 1 day contract B dawkins has retired a eagle and has taken his number with him. What does that mean? there will never be another player in a 20 jersey on the eagles field. Many past and present Eagles players came out to show love and share experiences with Dawkins. here are two of our favorite qoutes

It was tough playing against him&you had so many great players surrounding him. The hardest hit I ever took was against Brian Dawkins, said Michael Vick.


I think its playing with a guy like Mike Jordan on the team. You see his passion, determination ,aggression on the football field and I was glad I was on his side of things, said Donovan McNabb.