Whitney Houston Leaves Everything to daughter 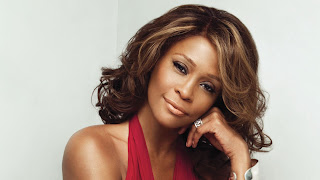 You can't tell me whitney didn't love her daughter. The will doesn't single any specific thing out but it does leave all jewelry, cars, clothing, and furnishings to Bobbi Kristina.

Bobbi Kristina will not see a part of the money until she hits 21 and then again at 25 and then the difference when she is 30. But the trustees can give her money if she needs it for tuition, for  house, or to start a business.

Back to my first statement about you can't tell me she didn't love her daughter...I say this because this will was signed A month before whitney gave birth to her daughter. To me she was making sure her daughter wasn't going to wan't for anything.
Bam Commentary: I still can't believe that we lost a icon. It hurts double that we lost her on me and one of her  ultimate fans/supporters (Brandy) birthday. So this hits a lil closer to home over here but she is in a better place now where no one can judge her and try to run her name in the mud. R.I.P Whitney "The Voice" Houston.

By Bam1987tv December 30, 2017
We at BVM got new music for yall coming from Baby Blue and it slaps in our opinion. It def isn't the Pretty ricky sound that some of us are used to from Blue so go into ready for a surprise. We recommend you play it at ratchet levels enjoy the musical offering of Cold Blue. Our favorites easily are "I Love My Wraith" and "Hot Boi" because I can easily here these two getting heavy club spins. Also get ready to Catch Blue and the rest of the members of Pretty Ricky on Love & Hip Hop coming in 2018. Check out Code Blue
1 comment
Read more