Shots ring out at Tyga concert 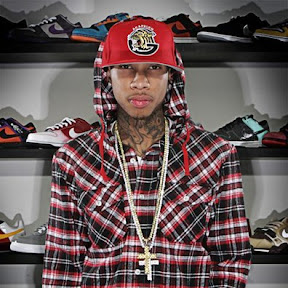 Looks like Tyga really can't catch a break yo smh. I say this because this isnt the first gun story attached to the young money artist. But let's get to the facts at hand. Tyga was performing in Omaha when somebody from the stage threw trash on the stage. Yes we said trash. So Tyga asked whoever threw it to see him outside after the song. So after the song ended and everybody was leaving a fight broke out in the back (1 flag) and then shots was let off at the tour bus (2nd flag) but it didn't end there the shooters followed the bus and continued to let off shots (3rd flag).. Two people have been confirmed as wounded from the scuffle.

Tyga took to twitter as he always does when his name is in the media and this is what he had to say:

Let's be clear them was haters not fans.My fans love me I love them.

His artist Honey Cocaine also took to twitter and had this to say:

Got shot and I'm not dead.#LoveLifeAndGod

This is crazy that it even went this far. This is how it go down in Omaha? I hope not. But due to this altercation his concert in Denver has been postponed because he doesn't feel at his best right now. I wouldn't either after something like that.