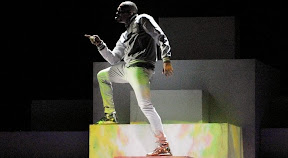 So apparently breezy is back in the bs again. According to christal spann he stole her iPhone 4s because she snapped a picture of him. Sounds like bs to me but here is the full rundown. Christal claims to have seen Chris brown and Tyga leaving the club and like any fan/stalker would do she followed him to his car. Upon following him she pulls out her phone and takes a picture of him sitting in his car. She goes on to say Chris reached out the window and snatched her phone and said "b*tch you not gone put this on no website" and peels off. Now I don't know about you but I'm not buying it #shrugs but I it is proven to be true that's a violation of probation and breezy gone be gone till November smh. So I hope it's false