I lost ALL respect for Obama when he dissed Etta James in favor of Beyonce. No respect for women at all, I thought-Etta was a hero 2 women 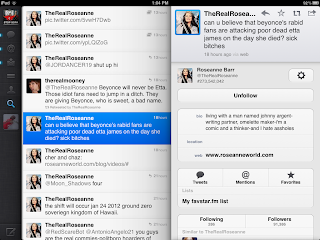 So the Beyonce stans began attacking this tweet and slandering etta james and saying beyonce was better and blah blah (ON THE DAY SHE PASSED) But unlike some celebs Roseanne actually responded with this: 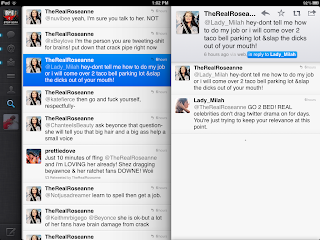 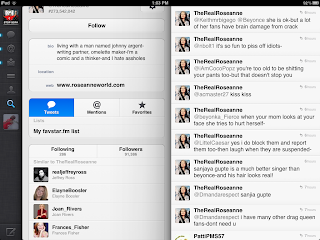 And after the stan slandering ended she had this to say which had me CTFU:

just finished telling all of beyonce's cheesy stupid ass fans who slammed me to go and fuck themselves! It was fun!