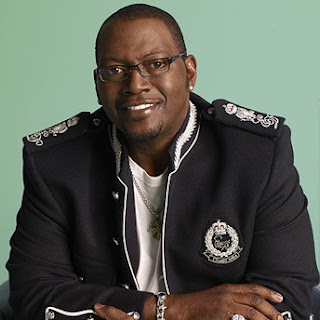 Sounds like shots are being fired between X factor and American Idol and even between the voice. So apparently Randy caught wind of Simon wanting X factor to replace american idol and had a few words to say about that.. Here is what he had to say:

"Simon and Paula are dear friends of ours, They started this whole 'Idol' tradition with us. I think that 'Idol''s still the best TV show that's come on anywhere. We're the original, we kind of invented this whole game that everybody's now copying, and I say that they're copying it, right?"

He then goes on to say:

"So, I mean, listen, I mean, Simon's done well with his show, probably not the expectations that he wanted, but you know, we wish him well and you know we've gone on with this and done well."

Looks like the gloves are off between cowell and jackson. But in my opinion X factor may pull it out on top because American idol has been slipping lately with some of the winners they claim "America voted for"

Next on the list is the voice who are rumored to have locked in Kelly clarkson (The very first American Idol) to be a mentor on the show.. when asked about this Mike Darnell (president of fox alternative entertainment) said it is a compliment to Idol and added

"We're not hiring a lot of people from 'The Voice' to be on our show."

They may not have hired any of them but haven't they booked Xtina and or Cee lo to perform on the stage before? Just asking

And Big Dawg (Randy) had to add his two cents with claiming that "The Voice" ripped off Star Trek with how the chairs spin around when they select somebody..That sounds a little petty to me