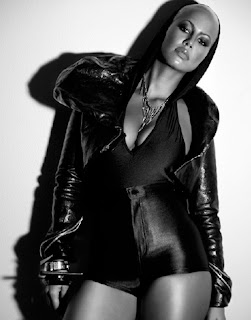 So apparently Amber is finally speaking on why her and Kanye broke up and she says IT'S ALL KIM'S FAULT...Check out what she had to say..


“Kim is one of the main reasons why me and Kanye are not together,” Amber exclusively told Star Magazine. “She’s a homewrecker!”

“They were both cheating on me and Reggie  with each other.”

Amber says it was Kim, 31, who instigated the whole affair by calling, texting and sending racy photos of herself to Kanye.
“She was sending pictures, and I was like, ‘Kim, just stop. Don’t be that person,’”


but apparently Kim didn’t care enough to respond when Amber emailed her for an explanation.

But After running Kim's name into the ground she has this to say:

“I want to thank her, Because if she was never a homewrecker, then I never would have met Wiz, and I wouldn’t be as happy as I am now.”


So i guess that her and reggie rumor was a tit for tat situation? Oh well the drama has begun and lets see if yeezy or Kim responds to this.