Mobile flash gets the axe and hello to HTML 5 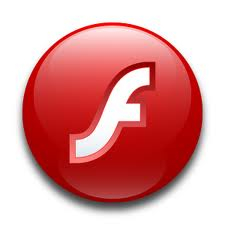 When the first iPhone favored HTML5 over Flash-based content, many people were up in arms that Apple would ignore – and try to squash – such a popular format. Adobe, the company behind the Flash standard, was committed to developing Flash for mobile devices and remained positive that we might see Flash on an iPhone some day.

5 phones later (4 and a remake) and still no mobile flash for us smh. But I guess adobe has decided to ride with teamiphone because they are scrapping the mobile flash idea an running full throttle with HTML 5.

The company confirmed on Wednesday that it plans to contribute “more aggressively” to HTML 5.

According to Danny Winokur, vice president of the Flash Client Platform at Adobe:

“HTML5 is now universally supported on major mobile devices, in some cases exclusively. This makes HTML5 the best solution for creating and deploying content in the browser across multiple platforms… We are excited about this, and will continue our work with key players in the HTML community, including Google, Apple, Microsoft and RIM, to drive HTML 5 innovation they can use to advance their mobile browsers.”

Bam commentary: This right here has me extra hype because all the android fan boys always brought this up whenever it was a iPhone vs android discussion. So it looks like we are winning this one now boom