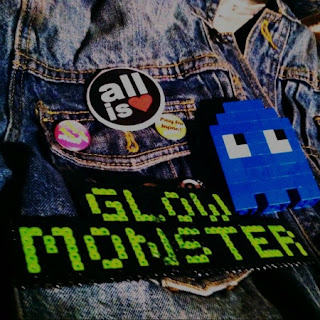 Proud to be selected to debut Eddie Writers Mixtape To yall. Mos def one of our favorite songwriters to promote on the blog because his music comes from a real place that many can relate to.. So upon asking for a brief description of the mixtape this is what he had to say:

I'm Really Dedicating This To My Supporters And The 3
People Who Really Influenced Me Musically In The Process Of This
Project Chris Brown, Lady GaGa And Kanye West. They Really Drove Me To
Where This Project Went Creatively And I Thank Them So I Give My
Supporters And Them This. They Show Me To Never Be Afraid Of Who I Am
And Who I Want To Be Even When The Darkness Chases Me Down There's
Always A Light Shinning At The End Of The Road, So Even When You Want
To Quit You Can't Because This Is Who You Are A "Glow Monster"


So with that said Download "Glow In The Dark: Glow Monster Edition:"

By Bam1987tv September 22, 2009
Police in Philadelphia say a white officer who came to work with cornrows was ordered by a black superior to get a haircut because the braids violated department standards.
The Philadelphia Daily News reported Monday that Officer Thomas Strain was put on desk duty this month because of the braids, even though the paper reported dozens of black officers wear cornrows.
Police spokesman Lt. Frank Vanore says Strain's boss told the officer to cut his hair to look more "professional."
Vanore says officers' hats must fit "in a military manner" over their hair, and that Strain's hat did not. Strain got a haircut; he declined comment to the paper.
Vanore recalled only one black officer with braids in the past several years. He says that officer also was told to get a haircut.
2 comments
Read more

By Bam1987tv August 05, 2011
Bam Commentary: They are beyond dope. The lights + choreo = breath taking performance..Make sure you vote for them on America's Got Talent right now
4 comments
Read more