Joe - The Good, The Bad, The Sexy Album 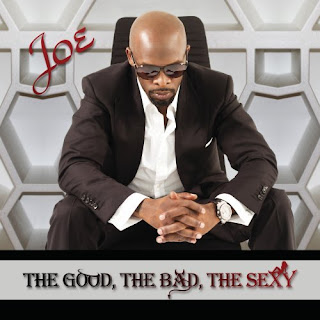 With back to back indie successes, Joe is back to set the R&B world on fire with a bigger, better and more contemporary R&B album, THE GOOD, THE BAD, THE SEXY.
THE GOOD, THE BAD, THE SEXY is JOE's 3rd indie release with Kedar Entertainment Group releasing in October 2011. This album will prove without a doubt that JOE remains competitive at the forefront of the R&B musical genre. Two singles will be going for add's simultaneously, with "Losing" produced by Osinachi Nwaneri.

Buy it on Bam vs Media

Bam Commentary: I didn't even know joe dropped a album but I think its dope he is doing it Indie...Will update this with my standout track later