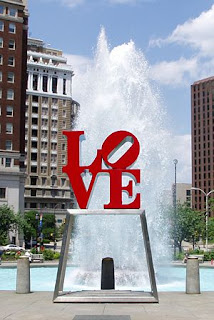 A man was stabbed and killed Thursday night in one of the most iconic squares in Philadelphia.

A man in his 30s was stabbed around 10 in Love Park at 15th and JFK in Center City, according to Philadelphia Police.

The unidentified victim later died at the hospital, cops said.

A suspect was arrested, police said.

There was no motive immediately given for the stabbing.