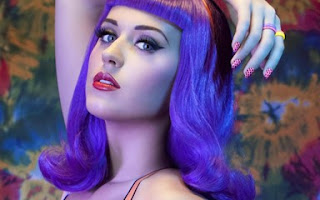 Katy Perry this week ties one of Michael Jackson's most cherished records. "Last Friday Night (T.G.I.F.)" becomes the fifth #1 single on the Hot 100 from Perry's Teenage Dream album. The only other album in pop history to spawn five #1 singles was Jackson's 1987 smash Bad. She will now go down in the books as the first Female to do this....

I'm going to be honest I don't have the album (this will change soon) but I have been loving all the singles that have dropped for it.. The list of singles on the chart are "California Gurls", "Teenage Dream," "Firework" and "E.T. (my number one fave) and now "Last Friday Night".... We all know MJ's singles but those of you that don't (shame on you) here they are: "Dirty Diana","Bad," "I Just Can't Stop Loving You," "The Way You Make Me Feel," and "Man In The Mirror."

She will tie this record in number of singles but not in the time it took to do this..Well what do you mean Bam? Well it took MJ 9 months to set this record in stone while it has taken Katy 1 year, two months, and 1 week to do so according to Billboard. But she will pass the record in weeks at number one at 18 weeks while MJ did 7 weeks.