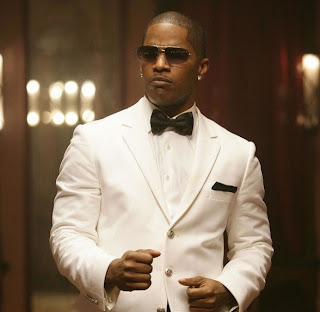 The Oscar winner will play the titular character, a freed slave who tries to rescue his long-lost love, Broomhilda, from a plantation owner, Calvin Candie (Leonardo DiCaprio), with the help of a German bounty hunter, who will be played by Inglourious Basterds' Christoph Waltz. Fellow Tarantino alum Samuel L. Jackson also stars as Candie's slave, Stephen, while Kerry Washington, Foxx's Ray co-star, is in talks to play Broomhilda.

"I think, just to be able to work with Quentin Tarantino and Samuel Jackson, Leonardo DiCaprio, and to be able to tell a story that needs to be told," Foxx told CNN, explaining why he took the role. "If you're a fan of, I mean, you know — it's just amazing. It should be [an] amazing [thing]."

Tarantino originally offered the lead role to Will Smith, who turned it down. He then met with Idris Elba, Terrence Howard and Chris Tucker before casting Foxx, according to variety