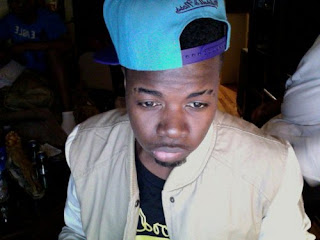 
This is how he describes The Glow In The Dark Project:

His influences are Kanye West, Chris Brown, Ryan Leslie, Lady Gaga,
Ne-Yo, and Michael Jackson. The next installment will be Titled Glow Monster