Raheem Brock Says He Did NOT Skip Out On The Bill 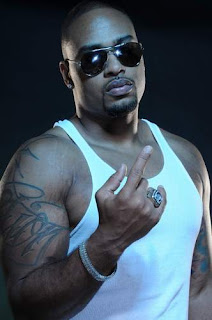 For those that don't know Raheem brock from the Seattle Seahawks was arrested last week for allegedly trying to diamond dash on a bill. Now that just sounds odd to me since he could probably buy the restaurant lol. But lets get to the story


Brock told TMZ that he, his cousin and a female friend went to the restaurant and placed an order, but when the friend said she would rather run across the street to get a cheesesteak at another place, they briefly left while Brock’s cousin waited at the restaurant. When they came back and were told they couldn’t bring the cheesesteak in, they decided to cancel their food order and leave.
According to Brock, he didn’t know the restaurant objected to him leaving until the police stopped him, and as soon as the police did stop him he offered to pay the bill, even though he hadn’t eaten any food. That differs from previous reports that Brock refused to pay his bar bill. Brock says he talked to the manager of the restaurant and found him to be unreasonable.
“While I was in ‘cuffs, I explained to the manager that I own restaurants . . . and if there’s a policy about paying for food that hasn’t come out . . . then it should have been explained to us before we left.”

Bam Commentary: Im glad he decided to speak his side of the story because Coppa's i mean the restaurant was drawing by calling the police. Grant it there is always three sides to  a story but his sounds believable to me. What ya think readers?