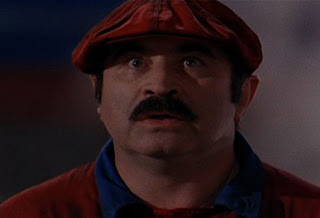 Recently in a interview Bob Hoskin opened up easily on how he really feels about one of his past movie roles. Here is what he had to say:


What is the worst job you've done?
Super Mario Brothers.
What has been your biggest disappointment?
Super Mario Brothers.
If you could edit your past, what would you change?
I wouldn't do Super Mario Brothers.
Bam Commentary: I really cant be mad at him for this because the movie was trash. Its a perfect example how some games get twisted when they are made into movies. Princess Peach was replaced by daisy who was held hostage in a garbage wasteland. Now anybody that knows the story peach was held in a castle. or am i wrong? This is not the first time Hoskins has voiced his feelings on this movie. In 2007 he said the directors Arrogance had been mistaken for talent. If that aint cold blooded I don't know what is lmfao