RL On who he would work with and Jamie Foxx 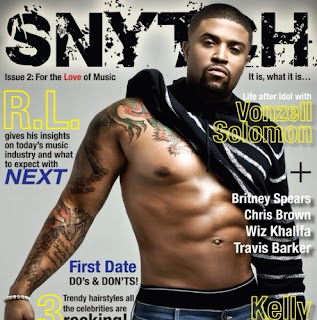 Checking my tumblr timeline I happen to notice something that caught my attention. Somebody asked RL (from Next) who he would work with. And this is what he had to say:

There are so many I admire & respect. But, if I were to be totally honest, I prefer working with newer artists. They tend to be much more humble & willing to take direction better. Sometimes when you work with established artists the label will box you in to a certain sound.

That being said, It’d have to be Jamie Foxx again. We used to be pretty tight and I respect him so much. I’m a fan of his artistry… BUT I do feel like the label just puts him in with who’s hot & they have him recording songs that weren’t tailor made for him. If you listen to some of his records they sound as though he’s singing someone else’s song. He deserves more respect than that. He should be on some Sammy Davis Jr/ Frank Sinatra ish…. He deserves the same respect as an artist that he gets as an actor and comedian. Instead of just having him record records that seem to have been demos from other artists I’d create around him as an artist. For reference listen to his album w/ the record Forcasst that I wrote for him and listen to the other records on the LP. You’ll notice that many of the other records are amazing yet sound like they were made for other artists. I respect him so much that I made a record FOR him.

No one will ever truly know the extent of Foxx’s talent until they let him be who he truly is as an artist. He deserves TIMELESS records!!

Bam Commentary: I actually couldn't agree more.Most artists (wont say no names) are stuck on the same sound they had years ago and its boring as hell now. As for  Jamie most of his songs always sound like they should go to people with lesser vocal ability. It's good to see some artist/writers are still out to make hit records and not the same thing everybody else is doing