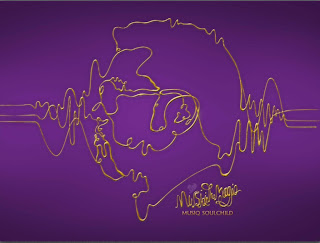 Musiq is back again with another Album entitled Musicinthemagiq.. You guys know I couldn't wait to hear this one. I can also say i wasn't let down on this project at all. Here is my quick breakdown of the album so far.

1: Anything (Feat Swizz Beatz) - Fun Up tempo track that basically says you can know anything about me

2: Single - One of my stand out songs already. The song explains how he runs into a chick at a gas station and lets her know it would be something special if he wasnt already taken.

3: Sayido - Nice mid tempo. You can pretty much picture what the song is about from the title lol

4: Lovecontract: Has a old school groove to it that I love. It talks about how he found this one girl that makes him want to settle down instead of running the streets.

5: Silver&Gold- My second favorite song that basically states his love will always be around and its value is more then Silver and gold.

6: Waitingstill - This song explains how he would want his girl to wait for him while he is on the road making moves to make a better life for them.

7: Backtowhere - Nice mid tempo that explains when you know it's over cause you cant find your way back to what made you two fall in love in the first place.

8: Dowehaveto - Explains how he tired of arguing and just wants to be with the girl he fell in love with.

9: Befriends - My third fave song that explains how he doesn't want to be friends with this chick and He pretty much puts all the cards on the table.

10: Yes - Pretty much breaks down how strong there love is and that he doesn't want her to ever second guess if they will make it.

11: Medicine - title explains the song. mos def a stand out song on the album

12: Likethesun - Pretty much states that this chick is as hot as the sun.

13: Clumsylove (Only on Deluxe Edition)- Explains how your heart and emotions trip up at times in love. Another fave of mine

14: Goodgirl: Explains how he wants a chick that bed post record isn't all through the streets that also takes care of her business.


Bam Commentary: I love the entire album from 1 - 14 and i haven't skipped not one song yet.It has that classic Musiq groove to it. 215 stand up

Also Come back at 8:00pm tonight 5/3/11 to Chat with Musiq Soulchild himself  below