Cali swag district member gunned down in drive by 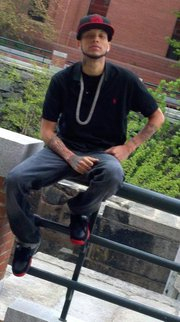 Sad to even report this one. they career was really taking off. mr bone from the group Cali swag district (teach me how to dougie) has died from a drive by shooting.. life is precious y'all

Here is the report:


M-Bone — aka Montae Talbert from the rap group Cali Swag District — was next to his car in front of an Inglewood, CA liquor store at 11:32 PM Sunday when shots rang out. Our sources say the shooter was driving down La Brea Avenue alone in his car when he fired.

Inglewood detectives are investigating, but right now it looks like M-Bone was just in the wrong place at the wrong time.

We're told M-Bone, who became famous with his group for the song, "Teach Me How to Dougie," was taken to the hospital where he was pronounced dead.

By Bam1987tv July 26, 2016
We have new music for you Aaron Reid Fans out there.. Check out his newest musical offering Field Work Set 1. Its honestly 8 minutes of dope vibes if you ask us.. We have been rocking with AR since the beginning and its dope to watch the artist he is growing into.. Check it out below Who is Aaron Alexander?? More Aaron Reid Music
Post a Comment
Read more