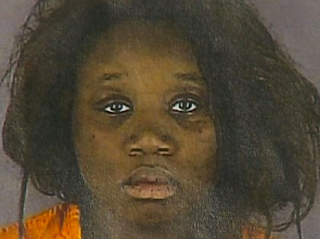 Minneapolis cops arrested 23 year old Ashley Couch after witnesses saw her throw her 3 week old baby into a snowbank not once but twice. The baby girl was only wearing a T-shirt!
She was rushed to the hospital with a low body temperature and is now in protective custody. Doctors have upgraded the baby from critical to serious condition. Ashely told cops she was angry because there was no milk in the house, and her boyfriend would not go out and get any.


Bam Commentary: Somebody should throw her in a snowbank a couple times and see how she likes it. Some people shouldn't have kids smh