Bamclusive: Jae Millz - On and On 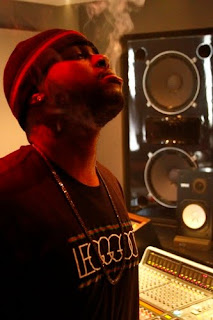 By @just_bam March 31, 2018
We have new music from Tiyon Christian (TC to us) and it is the follow up to " Trēs Love" and this Project " Trēs Love II"   takes us down a vulnerable and pretty personal road. With Tiyon you are always gonna get a killer raw vocal and a run that will give you the stank face. On this project we can say he gave us just that. Check it out below and make sure to download your copy ASAP                width="300" height="380" frameborder="0" allowtransparency="true" allow="encrypted-media"> On Itunes Now
Post a Comment
Read more

By Bam1987tv September 16, 2009
NEW YORK (Reuters) - The singer Beyonce Knowles has been sued by Abercrombie & Fitch Co over her intent to use its "Fierce" trademark on a fragrance to be launched in early 2010. In a federal lawsuit filed Tuesday in Columbus, Ohio, Abercrombie said Knowles' plan "poses a likelihood of confusion" for consumers that could deprive it of control over a mark it has used since 2002, and perhaps cost it sales. Representatives of Knowles were not immediately available for comment. Abercrombie said it has sold more than $190 million worth of fragrance under the Fierce name, and expects $64 million of sales in 2009. The New Albany, Ohio-based company said the fragrance gives off a "signature" scent that is regularly dispersed in its 350 retail stores through scent machines or by employees. "A&F's intent is that all garments that leave the store have the Fierce scent attached to them," the company said. The fragrance maker Coty Inc h
Post a Comment
Read more