By Bam1987tv December 15, 2010
Ok so many may have seen the drama of when stans attack on twitter tonight. Quick breakdown the ciara fans went in on rihanna tonight. Why do u ask? they believe rihanna was talking bad about CiCi when her album sell prediction was released. Now let me give you some visuals to get you up to speed.

This is who started the whole thing: 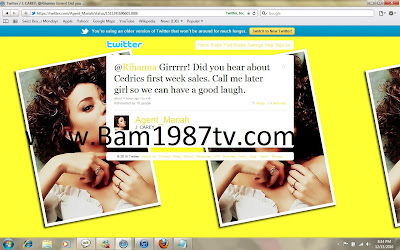 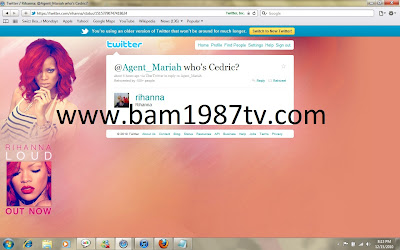 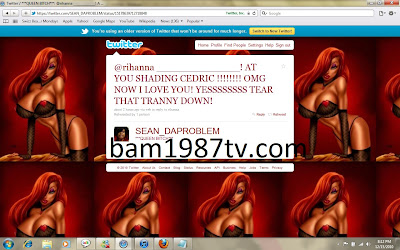 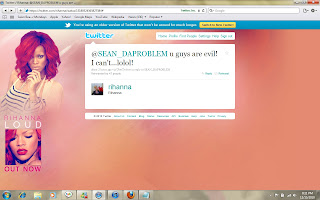 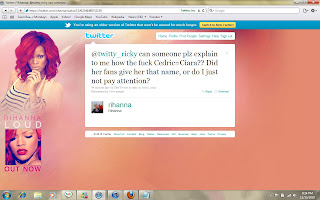 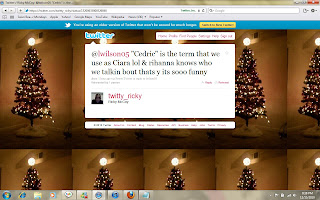 This is Rihanna's response to Bam vs Media: 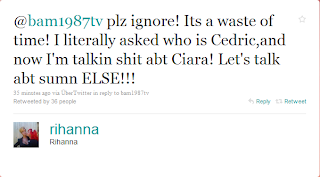