Chris Vs Raz B

By Bam1987tv December 29, 2010
The hilarious beef from chris brown, raz b, ricky romance and omarion. the first two will be in order. but the rest wont be. #sueme lol
The tweet that started it 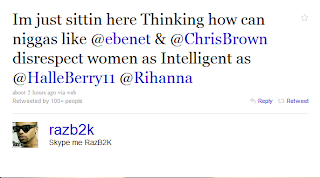 Now lets get into the jokes 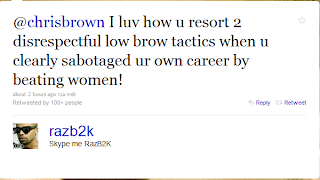 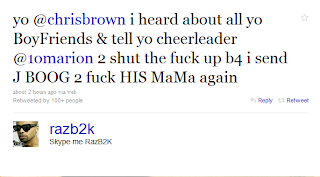 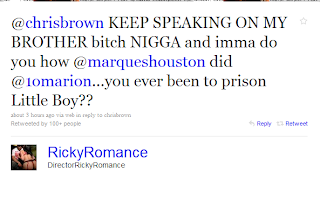 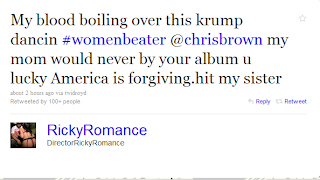 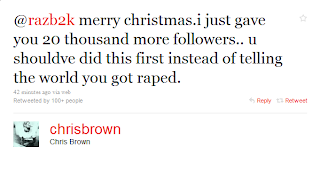 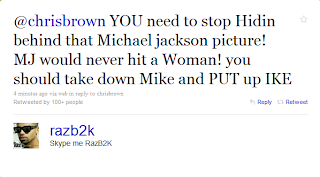 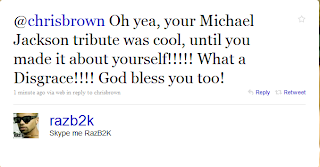 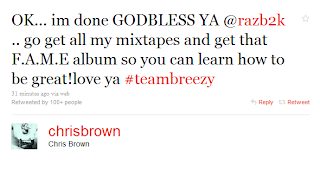 Raz B got his 15 minutes of fame....Breezy went ham.....Omarion was subtweeting like shit...RickyRomance PAUSE...That about sums it up. Later readers
Ps i tweeted Breezy when we could get some music. guess i got my answer