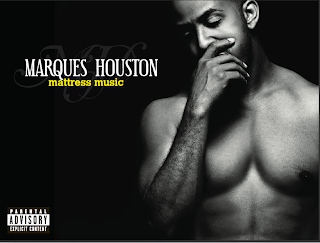 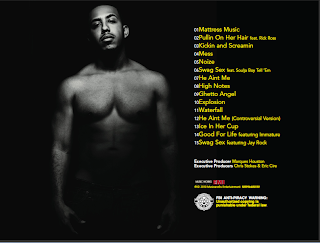 This album made me respect MH more. He def did his homework for this album cause I aint find a flaw in it yet. The song choices link up to the title perfectly.. This is that mattress music for you to turn on with ya boo,jumpoff, or whoever you do ya thing with lol

1) First song Mattress music is the pace setter of the album. He thanks you for buying the album before he instruct you how to play this album and gives you a few sex tips to put it down while its on. 5 out 5 rating

2) Pulling on her hair - The lead single from the album featuring Rick Ross where he sings about how he likes to pull hair during sex. 4 out of 5

3) Kicking and Screaming - Nice up tempo that explains how he has this one chick when he with her or when he not. Some should be able to relate to this song. I know i can lol 5 out of 5

4)Mess - Very graphic song about how ya make that mess after sex. Mos def my second pick to play in the bedroom. Could of did without the Dream sounding ad libs though. 4.5 out of 5

5) Noize Nice slow tempo that explains how he explains that he likes to hear the sex sounds. Another one of my bedroom choices to play at a high volume..Best line "Tell the mattress to be quite i cant hear you" 5 out of 5

6) Swag Sex - Nice up tempo where he gives tips again on how to add something new to your sex game so ya lady friend dont be talking shit about you. 3 out of 5 (Song could of did without souljah boy)

7)He Aint Me - He tells you ever reason why he betters then your dude..Fellas crank this up for a chick you pursuing and i bet it will change her perspective of her current nigga. 4.5 out 5

8) High notes - Pretty much the same vibe as Noize plus a few falsetto notes. best line " im a have you singing like you got mariah carey in your throat" lol does get a little repetitive though 3.5 out of 5

9) Ghetto Angel Now this is a pretty cool mid tempo song. was a little cautious at the title but i got past that after giving it a good listen. He pretty much explains how his chick is better then the rest. 5 out of 5

10) Explosion - the intro is annoying now. this the tenth time he started a song with " Mattress Music Marques Houston" Sounds a little like Mess to me but with more attention given to the female counter part. 4 out of 5

11) Waterfall Dope slow tempo that emphasizes that if you let him in he will make your waterfall come down. Its not that straight forward but thats pretty much the jist of the song. 5 out of 5

12) He Aint Me (Controversial version) Bonus Track - He tells you ever reason why he is better then all the other male r&b singers.. 5 out of 5 MH Cocky swagg turned up for this one

13)Swag Sex remix - Nice up tempo where he gives tips again on how to add something new to your sex game so ya lady friend dont be talking shit about you. Jay rock came off on this track.To funny cause i said in my review of the original they need to drop SB lmao 4 out of 5

14) Good Life Dope song to close out this project. Plus he reunites Immature on this track. *somewhere a imx fan is fainting at this track* lmao

Bam Album rating as a whole 5 out of 5