Beyonce ranked higher then Whitney and Mariah for best artist of all time? GTFOH 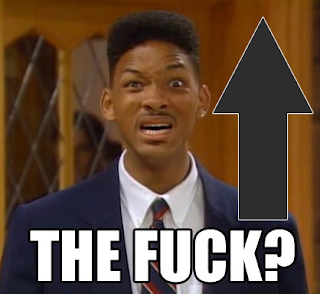 I was skimming through my social networks an stumbled on this nonsense. VH1 did a ranking for best artist of all time. I had been boycotting these rankings especially since that dance rank when they put Ciara at 25 (a blind man could see that was crazy) But I checked out the list and saw this fuckery

Confusing aint it. So I scroll down even more to see that Mariah is #94. Some things about this ranking just dont sit right with me. Now if this said of our generation now I would get it. But it says of ALL TIME. How can you put a entertainer above the two people that inspired her to even get in the game??? But for my readers that need the facts. I got you in a second.

WHITNEY HOUSTON:
11 number ones
4 number one albums over three decades
5 albums with more than 10 million in total worldwide sales
2 albums with more than 20 million albums
First female artist (only one of two in recorded history) to sell more than a million albums in a week period.
6 Grammy Awards
Most successful soundtrack album of all-time (44+ million sales)
Sold-out “Nothing But Love Tour” through Europe, Asia, Australia in 2009/2010.
Starring Role in one of the most successful films of all time.
Total sales: 170 million

BEYONCE:
36 combined weeks at number one (Rank: 7)
5 number ones (4 more with Destiny’s Child)
4 number one albums (1 with DC, 3 solo)
3 albums with more than 10 million in total worldwide sales
16 Grammy Awards
Top Certified Artist of the 2000s (According to RIAA)
Approx. $300 million gross revenue from all tours & DVDs (DC & solo)
Total Sales: 85-100 million including DC albums (varies depending on the source)

I now direct you to the title again *drops mic* lol