WTF: lady goes to jail for threatening herself 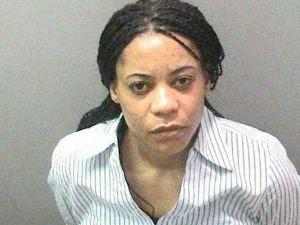 A 25-year-old Santa Ana woman was sentenced to a year in jail Friday for sending hundreds of threatening text messages – to herself.

Jeanne Mundango Manunga’s criminal problem was that she blamed the harassing text messages on an ex-boyfriend and his sister-in-law, and reported them to the police.

They were arrested on false charges of making criminal threats and required to post thousands of dollars in bail. The sister-in-law was arrested three times, and spent some time in custody before she could gather enough funds to pay the bail on her third arrest.

A jury convicted Manunga of three felony counts of false imprisonment by fraud or deceit and two misdemeanor counts of making a false police report in May.

On Friday, Superior Court Judge Patrick H. Donahue sentenced Manunga to a year in jail, placed her on three years probation, told her to stay away from her ex-boyfriend and his sister-in-law, and ordered her to repay the victims about $50,000 in restitution.

Deputy District Attorney Mena Guirguis said that after Manunga and her former boyfriend stopped dating in 2008, she took out a pre-paid cell phone in his sister-in-law’s name, and started sending the threatening text messages to her regular cell phone.

Manunga then went to three different police departments on at least 19 occasions and claimed that the ex-boyfriend and the sister-in-law were behind the threats.

Her scheme was uncovered when the victims went to the phone store, talked with the salesman and learned that Manunga had bought the pre-paid phone under the sister-in-law’s name, Guirguis said.

They reported that information to a Costa Mesa police detective, but by then a third arrest warrant had been issued for the sister-in-law.

During a follow-up investigation, the detective discovered that most of the threatening text messages were sent when the pre-paid cell phone was in close proximity to Manjunga’s home or work, Guirguis said.

At the sentencing hearing Friday, the two victims said they were devastated about being arrested on false charges, and worried about clearing their names.

Bam Commentary: No Comment.. Just WTF where u thinking?