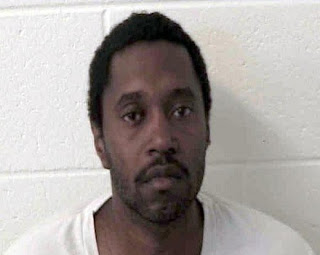 I present to you Byron Christopher Jordan. Byron looks normal enough, but apparently looks can be deceiving. Jordan was locked up in Covington, Georgia Tuesday after he was caught ‘riding’ several stallions.
Now when Big Boi retired video vixen Ki Toy, he commented that he had a “barn fulla horses.” Big’s statement was to assure all you horny dudes watch his videos for the “stallions,” that he had a huge selection to choose from.
In comparison, Big was referring to big booty models, while the “stallions” that Jordan was poking were of the 4-legged variety!
According to the AJC, Jordan was arrested for allegedly having sex  with several horses! He was caught in the act while wearing only dirty pajama bottoms with the fly open. He also reportedly had a strong odor, according to the report.

Jordan was charged with bestiality, a felony in Georgia, and with giving an officer a false name. He was transported to the Newton County jail, where he is being held without bond.