Missy Elliott is being urged to cancel her Israel Performance 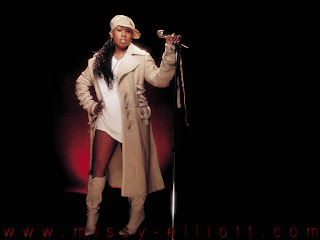 Missy is slated to hit the stage at Gane HaTaarucha in Tel Aviv on Thursday, July 15th, for her first ever performance in Israel.

But her appearance has prompted some fans to create an online boycott of her proposed , due to the ongoing land dispute between the Israeli’s and the Palestinians.

According to sources, the proposed boycott is not working well, as ticket sales are almost completely sold out. The bill also features popular Israeli funk/rap band, Hadag Nahash.

A number of prominent artists have canceled performances in Israel in recent months, including Carlos Santana, Bono/U2, Gil-Scott Heron, The Pixies and Elvis Costello, in support of a Palestinian boycott against the country.

The Palestinian Campaign for the Academic and Cultural Boycott of Israel was established in 2004, to protest the Israeli’s occupation of the West Bank and Gaza Strip.

A number of artists have also ignored calls to avoid performing in Israel, including Paul McCartney, Leonard Cohen and Madonna.

They even Created a Boycott form see it here