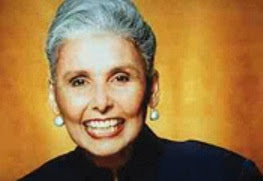 Lena Horne, who was the first black performer to be signed to a long-term contract by a major Hollywood studio and who went on to achieve international fame as a singer, died on Sunday night at New York-Presbyterian/Weill Cornell hospital in New York. She was 92 and lived in Manhattan. Her death was announced by her son-in-law, Kevin Buckley.

If you dont kno who Lena Horne is you gotta be super young..But here is a taste of what she was bringing to the music industry: