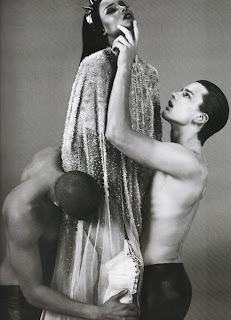 Rap-Up caught up with Ciara last week at the 11th Annual Maxim Hot 100 Party in LA. Apparently, she was asked about her buzz single ‘Basic Instinct (U Got Me)’, which was blatantly a diss record…at somebody. The title track from her upcoming new album sees the 24-year-old spitting a few angry words over some rap verses.

When asked if the song was about Keri Hilson, she refused to deny it, only to say that it was addressed to all her haters (including ANYONE who had a bad word to say about her).I think it's funny because some lines can be taken as shots to keri. But i dont think the whole song is at her..Come on CiCi u can admit one of them bars was @ keri cant ya?