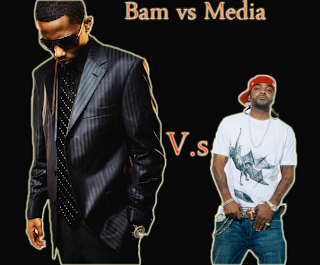 Rumor has it Jones allegedly referenced Fab’s new “Body Ya”  video in which he says Fab is Swagger jacking:


“I just seen another rappers video tht look just like me chain gang n scarf dam I’m sonnin these n*ggaz I gues my style might body ya lol wht,” he wrote Tuesday (March 30) afternoon. “RT @ChrisLuck83: these niggas mad I think cuz he found out he was @jimjonescapo son when he was wishin it was jay who forgot to wear a r New app on iPhones .. jimjones How to get fresh 101 … free scarf n belt included lol owwwwww lmao G.O.R in Harlem now Can I atleast get a thnku for gettin ur Twitter acct poppin lol I’m out I quit I quit pow pow play dead lol”

Fab caught wind of this two hours later an responded via twitter with his Subtweets including the Jones’s singles, “We Fly High (Ballin’)” and “Pop Champagne.”


“Oh so it’s time 4 subliminal tweets huh?? Ok cool..#TellMeWhyUMad I’m mad cuz it’s over for that ballin…. Brooklynnnnnnnnnnnnnnn,” Fab inked. “#TwitterRules If u wanna get at me, @ me… Anyway, Gettin a new blackberry… #TT coming soon!!! #iJustWannaKnoWhy if they know the order, they didn’t bring you NO ROSEI’s jus a few cold waters?? Whoa Oh! I thought u#PopChampagne #iJustWannaKnoWhy the Competition won’t stay #Dead. Maybe I should a new mixtape call #TiNc3 – Ghost of the Competition #iJustWannaKnoWhy n*ggas think they invented Louis Vuitton?? #nowplaying – Youre Only A Customer by Jay Z.”