Timbaland/katy perry - If We Ever Meet Again 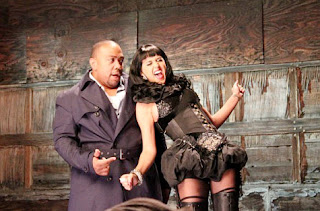 A music video for Timbaland's latest single "If We Ever Meet Again" has finally been released, exposing in full Katy Perry's sexy cameo appearance.

Directed by Paul "Coy" Allen, the music video sees 25-year-old Katy sporting a sexy look with her skimpy black outfit which she completed with high-high black boots, while 38-year-old Timbaland is wrapped in dark-colored overcoat. It picks up the story of a woman who is being suspected of a burglary.

So with that said here is the video: