Spotlight artist of the week 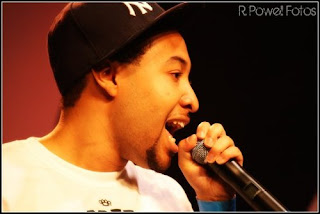 Antonio Leaks was born on May 19th, 1988 in Sacramento, California to both parents with substantial artistic backgrounds. His mother was a visionary, his father an actor. Both instilled in him at a young age, the significance of expressing himself. Influenced by artists such as Melvin Van Peebles, Kanye West, Lupe Fiasco, MF Doom, and Little Brother, Leaks never limited himself, but rather pushed himself to think outside the box.

Acting at a very young age, he realized his love for being on stage. Leaks found it entertaining to portray a completely different character then his own. This eventually led to his interest in becoming a film maker. His love for movies and film inspired him to produce them to convey his view of the world. He joined the DreamCatcher Films team, while attending Lincoln University (PA), when he saw that the individuals involved shared his vision.

Music was just one of his many outlets as well. Ever since listening to the track “I Wish” by Californian artist, Skee-Lo, he was inspired to write rhymes. Coming from a multicultural background, Leaks draws from his diverse experiences to discuss subjects with a style that some would consider unconventional. Since performing under the stage name “TonE”, he formed a group with his high school friend, “J. Good”, called “The Worthy Adversaries.” After networking with more artists in the Sacramento area, Leaks helped create a networking alliance called “The Usual Suspects” which attracts numerous rappers, singers, and DJs. TonE’s solo composition, to be titled “The Five Dollar Mic Sessions,” was released in the summer of 2009. With a strong faith in God, he manages to produce quality work in various fields.