Come on Son of the day: Rihanna 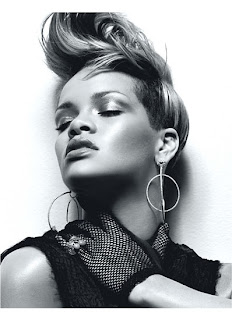 Rihanna has opened up about her doomed relationship with Chris Brown. She has revealed that the R&B singer was ‘controlling and insecure’. The couple split last year after Brown viciously attacked her after a pre-Grammy Awards party in Los Angeles in February. Brown later insisted he was ‘shocked’ by his violent behaviour because he was "never that kind of person" - but  Rihanna has now hinted there were signs the couple''s relationship could descend into abuse. “There were control issues, insecurity. When people are insecure they become very controlling and they can get very aggressive and in turn abusive,” Herald Sun quoted Rihanna as telling W magazine.


It doesn’t have to be physical. Like they would say bad stuff to you to make you feel lesser than them just so they would have control in the relationship. It takes a big toll on your emotions and on your everyday life. It changes you, She added


Bam Commentary: Why are we still talking about chrihanna seriously it was last year. It happened (may not have been right) but its ova. Seriously how bout ya worry bout the sales ya album did instead of talking bout the past. Now thats just IMO. Or could u have possibly taken offense to famous girl on graffitti?? But readers what do you think about this? let me kno below