Que gets kicked out of Day26

By Bam1987tv December 18, 2009
If you was on twitter ya peeped when Que went public wit being kicked out of Day26. Here is the proof 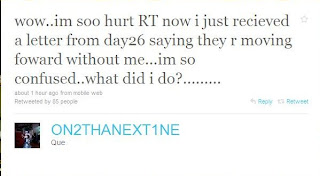 Well after seeing this the Que stans went on the attack on the rest of the members of day26. In doing so Willie came forward and voiced his opinion via twitter 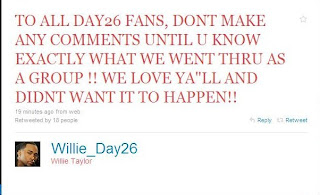 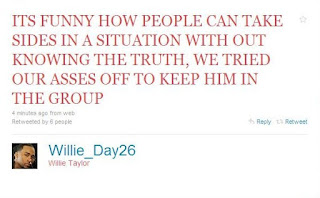 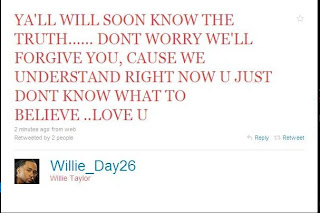 But willie wasnt done there. After going in on twitter he decided to do a little interview to speak on it via the radio waves.