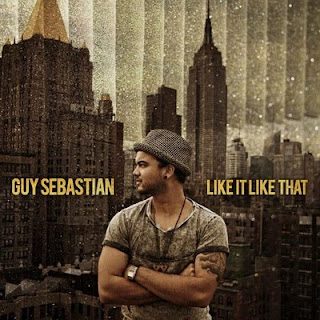 Guy Sebastian was born in Klang, Malaysia, to Malaysian and English parents. At a young age, Sebastian moved with his family to Adelaide, Australia. His singing career began at the age of 14. In addition to attending a Baptist private school, he attended Paradise Community Church, one of Australia's largest mega-churches. His involvement with the youth choir as a soloist led to national and international performance opportunities. After graduation, Sebastian found work as an audio engineer and vocal teacher. It was his participation in the first season of Australian Idol that brought his talent to public attention. The breakthrough show's first winner, Sebastian signed with BMG. The artist's first single, "Angels Brought Me Here," debuted at number one. Released December 3, 2003, Just as I Am became an Australian best-seller, a six-time platinum record. The October release of Beautiful Life debuted to similar success, but without the sustained sales of its predecessor. Sebastian experienced the pitfall of many of the decade's television-made recording stars; instant success came at the price of insecurity and writer's block, causing the artist to consider abandoning a life making music between his second and third record. He returned home to write his next project among friends, jamming and creating a truly organic product. Closer to the Sun hit shelves in September 2006, peaking at number four on Australian charts and selling more than 70,000 copies.

The dude is dope seriously. I aint gone front I aint know who dude was till "art of love" came out lol but after that i did some youtube searching an the dude can really sing. After i grabbed Like it like that of itunes i was sold. Its a little different but its def worth it. in fact i listening to it now as i typing this up lol. this is one of my fav songs right here called bring yourself