Dj Meez & the mix of the day 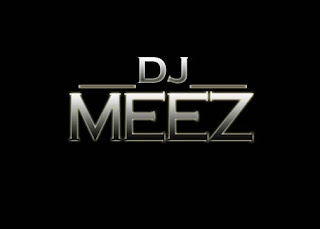 Dj Meez was born and raised in the Valley (818) of Los Angeles, CA. Playing sports throughout his whole life. And coming from a very foreign backround. His mother was born in the Virgin Islands, and she was raised in London, UK. His father was born and raised in Sierre Leone (Africa) where diamonds were originated. They later met here in Los Angeles where they gave birth to Maurice "Dj Meez" Johns. Meez played sports and was always active for most of his life. He found a love in football his freshman year and had alot of achievements. Meez was always receiving letter after letter from universities offering football scholarships, but his SAT scores held him back from advancing to play division 1 football. He went on to play Junior College football, but that didnt last long due to career ending injuries. Meez held off on his dream of making it pro, and decided to go to school full time. He gained an interest in the music industry and decided to go to a private music school for Music Business Program, and where he went on to complete the program. Meez always had a love for music since he was 8, throughout his life he wanted to play the drums, guitar, and keyboard but he never focused on it.

In 2007, Meez started deejaying house parties from a laptop and two speakers. He always would get good feedback and money playing at the house parties, and later he was able to save money and buy himself turntables. Meez then went on to teaching himself how to spin actual vinyls that he had from doing street team for TVT Records. He picked up beat matching and scratching pretty quick for a first timer. As Meez continued to get the art down he started promoting himself by doing small house parties in the valley, and then picked up major club gigs in Hollywood.

As of now, Meez is working on getting gigs all over California. He plans to tour with upcoming artists in 2010. Meez also plans to get in the mixtape game and release nothing but the hot shit from upcoming artist, and he is also looking forward on learning the ropes of becoming a producer.

Now to the dope mix of the day