SIcko of the week: Man tries to bake kid 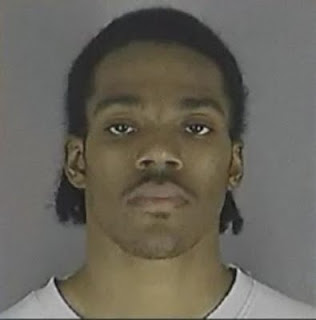 William Hurley, the Minneapolis man charged with child abuse for allegedly beating his girlfriend's 10-year-old son and turning on the oven the child hid in, talked with FOX 9 News after posting bail Tuesday night.

Hurley denies turning on the oven, as the boy told police, saying the mother turned it on. He said the child was acting out and he was in the process of disciplining him. Prosecutors say this case goes beyond discipline, and is abuse.

Hurley says he's not the child's father, but he lived with his mother "from time to time" in a south Minneapolis housing project, served as the child's father figure and would discipline him when he would act out against her.

Police say last Friday morning's incident was abuse, that Hurley burned him with an iron, hit him and whipped him with an extension cord -- and that the boy hid in the oven to escape.

Hurley admits to whipping the 10-year-old with a video game cord and says he never touched the oven controls to turn the heat on. For that, he's blaming the child's mother.

He thought I was gonna continue to whoop him, and he jumped in the oven and she turned it on, said Hurley. I was standing by the deep freezer that's like 20 feet away from it. And I said, 'Are you serious' Why are you in the oven?' and that's when the police came.


Bam's Commentary: This goes beyond sick seriously. So if the Mom turned the oven on who burned em with the iron? Either way ya look at it both parents should go down for this one cause aint no way that lil boy pushed them to the extreme like that. An who the hell posted his bond? But what do you as the readers think about this.